Germany apart from being known for its engineering marvels is also gaining traction for business studies. As a result of globalization, many multinational companies’ headquarters are located in Germany. It’s not just the companies that are seeking the best infrastructure and the environment for better business growth but also students who want the best career.

The business programs offered in the US have long been popular but they also came with a hefty price. The biggest barrier a student crosses is the financial struggle. Germany has been known for its free public education for those who present accepted levels of German proficiency testing and affordable programs taught in English for fee-paying students. 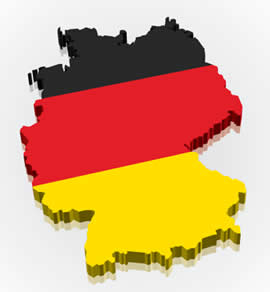 One of the advantages of studying business in Germany is because of its strong economy. It represents 28% of Europe’s GDP. It has one of Europe’s lowest unemployment rates at just 3.6% whereas the rest of Europe has an average of 11%. The demand for German products has always been on the rise thus the steady demand for jobs. German’s economy has always depended on highly skilled laborers that have always been in demand in Frankfurt’s business and finance sectors.

Germany has one of the best R&D investments in the world. Around 3% of the nation’s GDP is spent on research and development by the public and private sectors annually. The R&D sector alone accounts for half a billion professionals. It spends around €80 billion on 800 public-funded research institutions annually. This attracts the best professionals in various fields making to the country with access to training, research, and the best education.

We live in the era of B2C and B2B start-ups. Being in between eastern and Western Europe, Germany sits at a vantage point that offers massive potential for customer growth. Germany being the founding member of the European Union ensures hassle free movement of goods and services thereby paving way for entrepreneurs and start-ups.

On average more than 500 start-ups are registered annually in Berlin, which serves as the start-up hub of Germany receiving funding close to €3.5 billion in 2019 alone next to London. Around 16.1% of Startups of Germany are here. Berlin’s Start-up environment includes e-commerce, AdTech, AI and IoT, and a staggering 11 Unicorns. 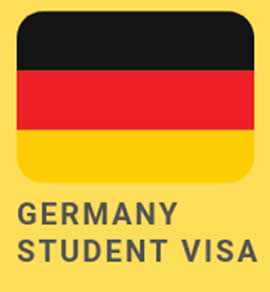 German degrees are recognized worldwide and accredited for their excellence. Some of the best universities are located in German has one of the highest employment rates. Germany has one of the flexible visas and rules for students and other migrants who wish to settle and make a career.

German business programs are well known for their innovative curriculum that encourages students to develop ideas for future business. Skill development is one of the primary aspects of German studies that prepare students for future employability. Companies like Google, Bosch, Amazon, Adidas, Daimler, Porsche, Volkswagen, and the central European Bank recruit from the Universities. Germany is one of the easiest countries to get a work visa that helps students find work immediately after graduation.

Community College: ‘A feasible option for a lucrative career’
International Students can get PGWP after completing studies online